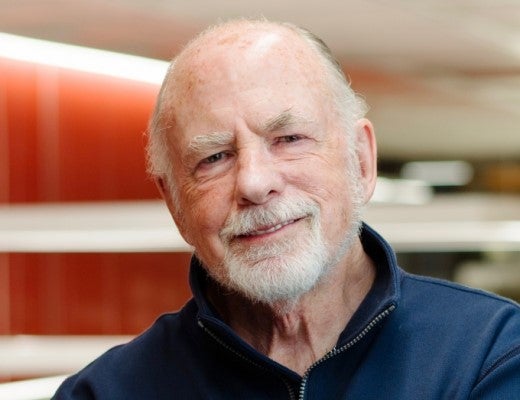 With great sadness and a deep appreciation of his legacy, we regret to announce the passing of GSPIA Emeritus Professor Bill Dunn. Following is a tribute to the late professor compiled by his colleagues and friends:

William N. (Bill) Dunn received his bachelor’s degree from the University of California, Santa Barbara, and his masters and doctoral degrees from the Claremont Graduate School. Upon completion of his studies in 1969, he joined the faculty of Pitt’s Graduate School of Public and International Affairs (GSPIA) where he spent the next 50 years teaching and conducting research on a wide range of topics on public policy analysis, research methods, and public administration. He was an interdisciplinary and globally respected scholar, broadly interested in the application of logic and reason to policy analysis, decision making, and public discourse. He collaborated with and was admired by accomplished scholars in fields such as political science, philosophy of science, economics, sociology, public health, systems theory, and business.

Dunn also served in a variety of leadership and administrative capacities in GSPIA including Associate Dean (twice) and Director of the Doctoral Studies program. He retired from Pitt as Professor Emeritus in 2020 yet continued to share his wisdom and time with students, public agencies, and colleagues.

Professor Dunn was particularly committed to mentoring doctoral students; he personally supervised the completion of more than sixty doctoral theses, earning him special recognition from the University of Pittsburgh for his mentoring accomplishments and the enduring affection and gratitude of generations of students who benefitted from his guidance. He is author of 100 books, edited volumes, book chapters, articles, and government reports. His work is recognized and cited around the world.

Throughout his career, Dr. Dunn helped leaders utilize research to make better decisions. He consulted with governmental, private, and non-governmental organizations including the Office of the President of the U.S., the Presidency of the Republic of Macedonia, the U.S. Agency for International Development, the Pennsylvania General Assembly, the U.S. National Science Foundation, and General Motors. Dunn was the Founding Director of the University of Pittsburgh Center for Public Policy and Management in Southeast Europe, the Republic of Macedonia.

Earlier in his life, Bill was in the Peace Corps with the first group of volunteers in Senegal, where he coached track and field and taught English. He also worked as an intelligence analyst and Russian voice interpreter with the Defense Intelligence Agency and the National Security Agency.

Dr. Dunn was the recipient of many awards for his scholarly research and his commitment to teaching and public service. Among those he was most proud of are the University of Pittsburgh Provost’s Award for Excellence in Mentoring; Distinguished Alumnus Award and Inductee to the Claremont Graduate School Hall of Fame; Donald T. Campbell Award for methodological innovation in policy studies; the Aaron Wildavsky Best Book Award; and the Alisa Brunovska Award for Teaching Excellence in Public Administration. He was a Fellow of the prestigious National Academy of Public Administration.

A productive scholar up to the time of his passing, Dr. Dunn had just completed the 7th edition of Public Policy Analysis: An Integrated Approach, the most widely cited book on the subject, which has been translated into five languages.

Former GSPIA Dean John T.S Keeler remarked, “Bill Dunn was one of the longest-serving and most distinguished faculty in the history of GSPIA. It was an honor for me to work closely with him when he served as Associate Dean from 2008–13. Bill led the reform of our core courses and devoted enormous energy to assuring that our students received a first-class educational experience. He also had a special interest in maintaining ties with his many PhD alumni in prominent academic and government positions around the world. When I traveled with him to Korea and Indonesia, senior officials invariably told him how proud they were to claim him as their mentor and younger faculty rushed to have him autograph their copies of his renowned policy analysis textbook. During the 15 years I was privileged to know Bill as a colleague and friend, what stood out the most was his unsurpassed passion for ideas and the joy he derived from his teaching and research. GSPIA and Pitt were blessed to have him here for 50 years.”

“It was a privilege to be a colleague of Bill's for the past 35 years,” said B. Guy Peters, Maurice Falk Professor of Government at Pitt. “He had a remarkable range of knowledge, and the ability to use it creatively to address intellectual and practical questions.”

“He was my mentor, colleague, and most importantly my dear friend,” said Kevin Kearns, GSPIA Professor Emeritus. “He will be missed by many.”

“He was a kind and gentle person, a great scholar, and an excellent teacher,” recalled Leon Haley, Former Acting Dean and Associate Professor Emeritus.

“Bill was exceptionally kind and generous toward me as I've settled in at GSPIA. I'll miss our conversations," said Carissa Slotterback, Dean of GSPIA.

A life-long soccer enthusiast, Dunn helped coach youth teams and was a devoted fan of the Pittsburgh Riverhounds. He also competed in the Senior Olympics.

You can read his obituary in the Pittsburgh Post Gazette here. Friends will be received at John A. Freyvogel Sons, Inc., 4900 Centre Avenue at Devonshire Street, in Pittsburgh on Wednesday, May 18, 6-8 pm, and Thursday, May 19, 2-4 and 6-8 pm.  A funeral service is scheduled for Friday, May 20 at East Liberty Presbyterian Church at 11 am.